The Power of Awareness

August is recognized internationally as Spinal Muscular Atrophy Awareness month.  It’s a time when families affected by SMA come together as a unified front, regardless of the specific organizations we support or the philosophies we hold, to raise public awareness of this degenerative neuromuscular disease and to support research to find a cure for it.

Through Facebook, Twitter, special events, proclamations, blogs and the media, we are working together in a global, grassroots effort to spread the word that, with no treatment or cure, SMA is the #1 GENETIC KILLER of children under the age of two. That, worldwide, a child is born with this inherited disease roughly EVERY HALF HOUR. That the SMA-causing gene is unknowingly carried by nearly 10 MILLION AMERICANS. That, the more closely you are related to a person with SMA, the higher the chance is that YOU might be a carrier of that gene too.

You may have seen this information before. It’s here on this website and on others like it. That’s why I want you to be aware of MORE than just statistics.  I want you to understand the real impact of this disease and why the SMA community is fighting so passionately.

Please take a moment to consider the following:

Then consider the strength that every single person diagnosed with SMA shows by loving, laughing and living, in spite of the disease.  Are you as strong as they are?

I know that I’m asking you to think about the unthinkable. It’s uncomfortable. It’s upsetting. And, for me and everyone in the SMA community, it is very real. The situations listed above have actually happened to me or to people I know. And, they continue to happen every day.

For most families affected by this horrific disease, the acronym SMA meant nothing to us before our children were diagnosed with it. In the vast majority of cases, there was NO family history of the disease, and we were NOT offered carrier testing. We were blindsided by a diagnosis of SMA. We are now working to spread awareness to change that for you and your family.

Only through true awareness will we find a cure. Please tell someone you love about this disease today. Repost or retweet an SMA fact. Wear an SMA awareness ribbon. Do something to show that you care. If not for Andy, do it for the next child who will be diagnosed within this half-hour. 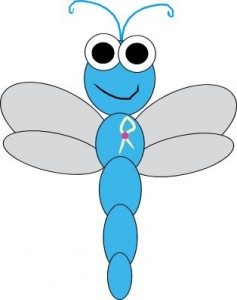 This entry was posted in News, SMA News. Bookmark the permalink.

4 Responses to The Power of Awareness